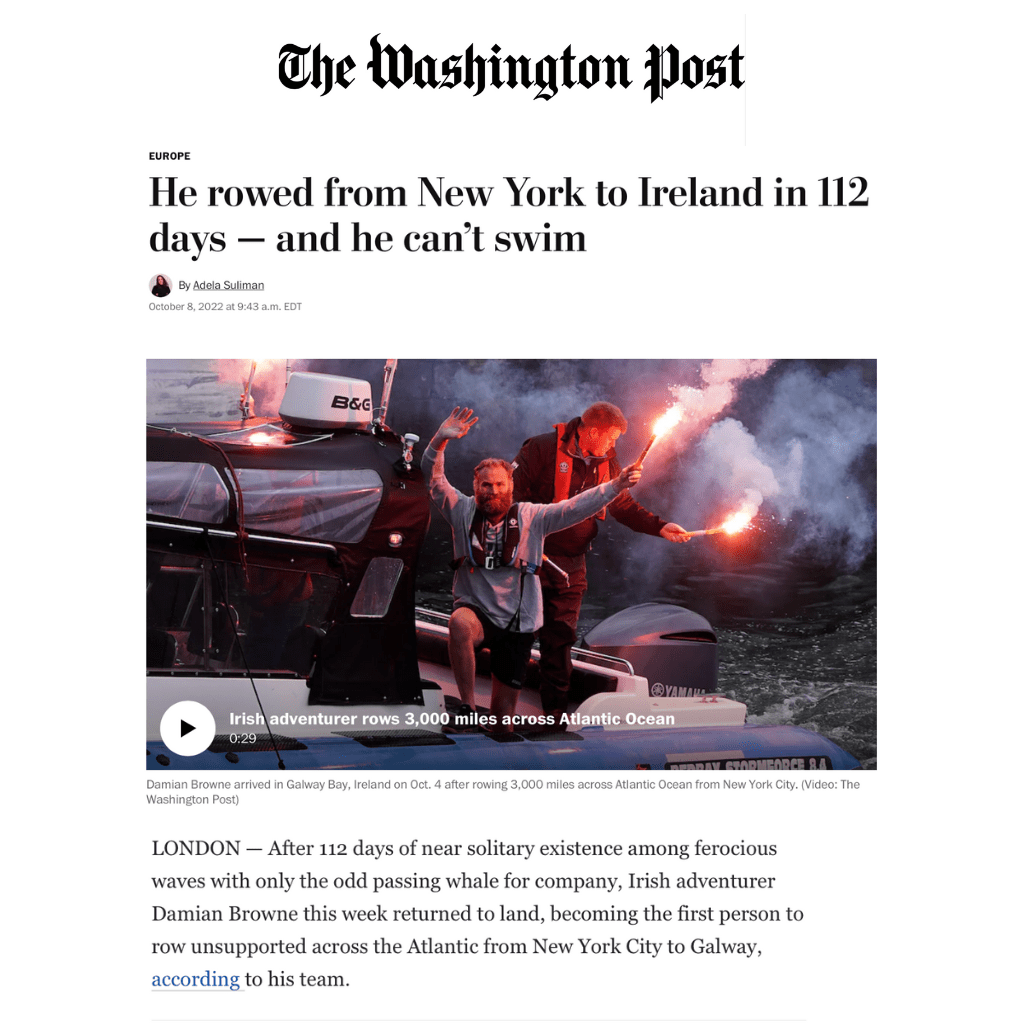 “LONDON — After 112 days of near solitary existence among ferocious waves with only the odd passing whale for company, Irish adventurer Damian Browne this week returned to land, becoming the first person to row unsupported across the Atlantic from New York City to Galway, according to his team

The feat is all the more notable because Browne cannot swim — and he doesn’t plan to learn anytime soon.

After training sessions in New York’s Hudson River in which he dodged ferries and passed the Statue of Liberty, Browne, 42, left Chelsea Piers in Manhattan in June, traveling almost 3,000 miles to his home in Galway, western Ireland, across the Atlantic Ocean.

“You really have to know what you’re doing, mentally, while you’re out there,” he told The Washington Post on his return to land and a hero’s welcome.”