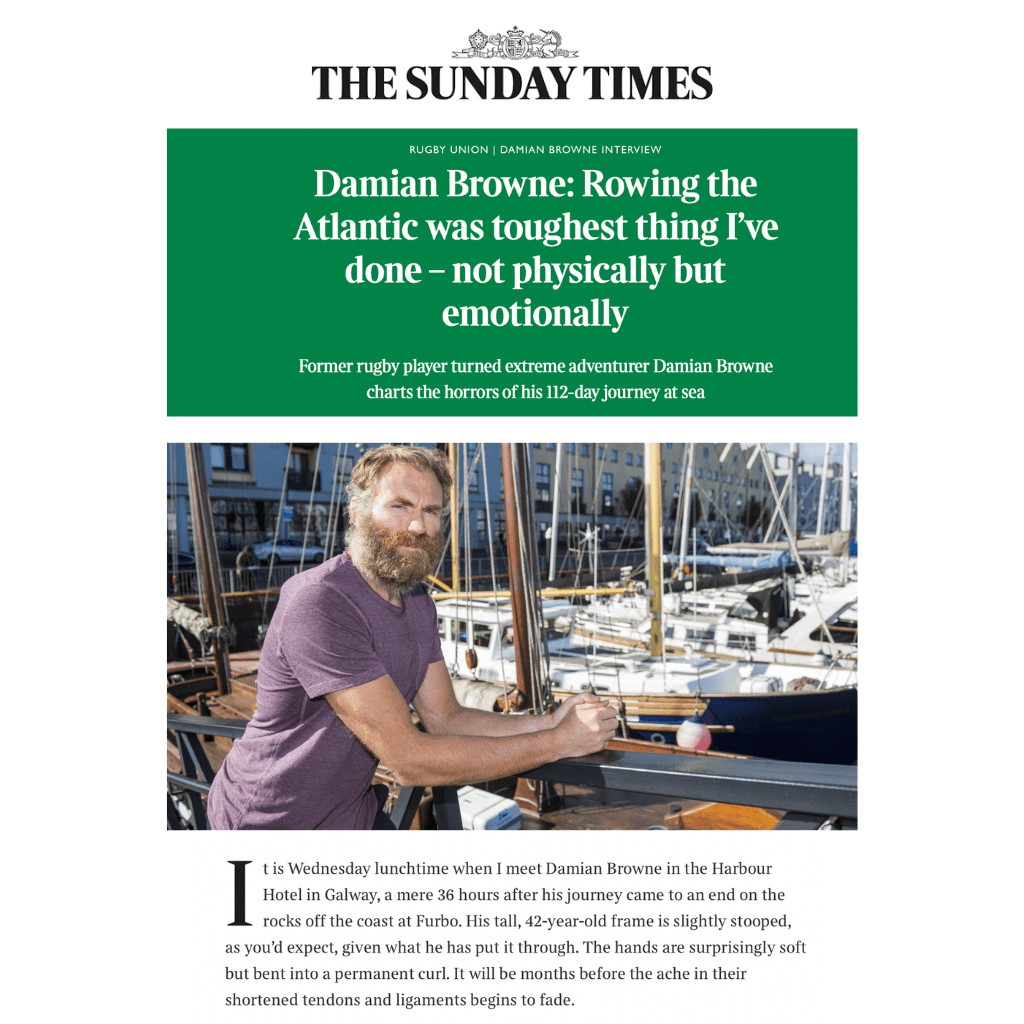 “It is Wednesday lunchtime when I meet Damian Browne in the Harbour Hotel in Galway, a mere 36 hours after his journey came to an end on the rocks off the coast at Furbo. His tall, 42-year-old frame is slightly stooped, as you’d expect, given what he has put it through. The hands are surprisingly soft but bent into a permanent curl. It will be months before the ache in their shortened tendons and ligaments begins to fade.

By way of small-talk, I remind him of the interview we did almost exactly ten years ago, while he was at Leinster, and how he’d been accompanied by Elmo, a three-year-old golden retriever. Mention of Elmo seems to push him close to the edge.

“Elmo’s no longer with us,” Browne says, solemnly. “Cancer took him in the end. He was so regal in the way that he battled it. I spoke to him a few times, out there on the ocean. (pause) Jesus, I didn’t think there would be tears this early in the interview!”

There is such a deep exhaustion in his eyes that you wonder if it is too soon to be putting him through this. But it’s as though his system is still pumping with adrenaline.

We don’t have to imagine the delirium he felt the Wednesday before last when he saw land for the first time in 108 days. The evidence is there on his Instagram account — the wildness in his eyes as he recites, in childish sing-song: “I spy, with my little eye, something beginning with ‘I’.” Then he holds his phone aloft triumphantly so that we can see the faint outline of Skellig Michael in the distance. Yes, it’s Ireland. Even now he is still processing the hazardous journey that he took up the west coast towards home. The most dangerous part of any ocean row, he says, is near the end. Close to land, there are things to bump into and the waves are steeper. Did he sleep in the last three days of the journey? Maybe five, six hours in total, he reckons.”