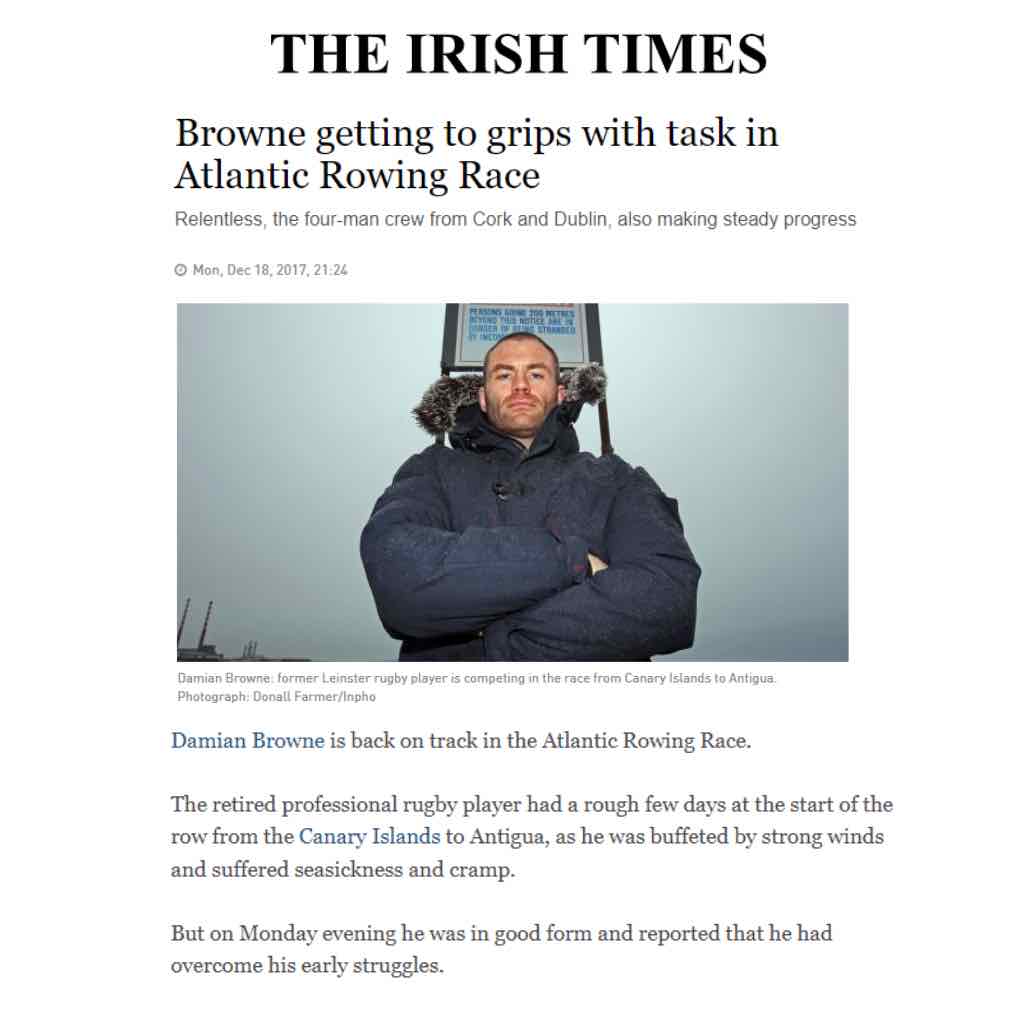 “Damian Browne is back on track in the Atlantic Rowing Race.

The retired professional rugby player had a rough few days at the start of the row from the Canary Islands to Antigua, as he was buffeted by strong winds and suffered seasickness and cramp.

But on Monday evening he was in good form and reported that he had overcome his early struggles.

“I’ve processed that real quickly,” he said in a Facebook post. He was 19th of the 25 boats which took to the water on Thursday, and third of the solo rowers.

Relentless, the four from Cork and Dublin, also had battled with seasickness, but were making steady progress.

They were sixth overall on Monday, after four days of the race. Just behind were Home to Portrush, also a four.

Fighting it out at the head of the field are Team Antigua and British crew The Four Oarsmen.”