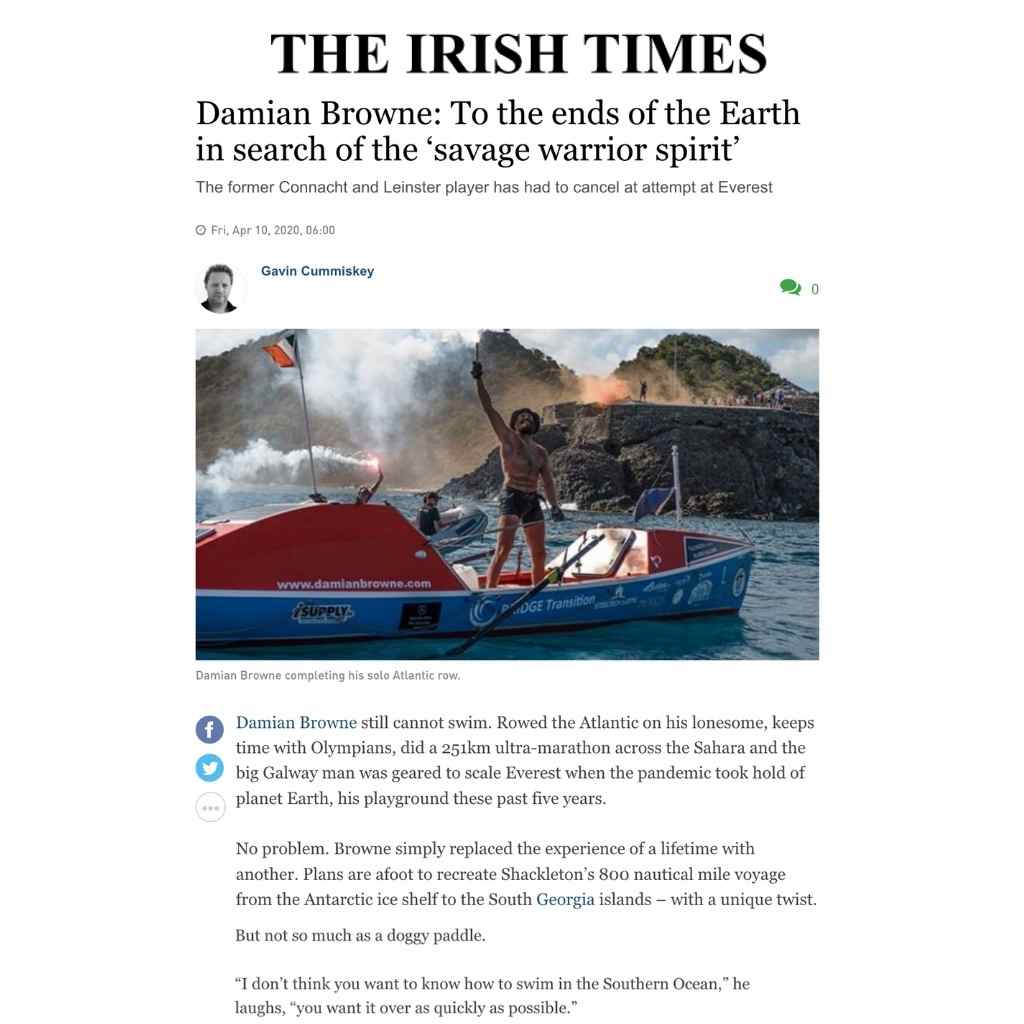 “Damian Browne still cannot swim. Rowed the Atlantic on his lonesome, keeps time with Olympians, did a 251km ultra-marathon across the Sahara and the big Galway man was geared to scale Everest when the pandemic took hold of planet Earth, his playground these past five years.

No problem. Browne simply replaced the experience of a lifetime with another. Plans are afoot to recreate Shackleton’s 800 nautical mile voyage from the Antarctic ice shelf to the South Georgia islands – with a unique twist.

But not so much as a doggy paddle.

“I don’t think you want to know how to swim in the Southern Ocean,” he laughs, “you want it over as quickly as possible.”

Browne used to be a rugby player. Sixteen seasons as a heavyweight lock for hire, leaving Connacht to join Northampton in 2004, with Leinster under Joe Schmidt sandwiched between two stints in France: come 2015 he cut the umbilical cord to his professional sport.

Since then he has covered more ground than the great explorers of the early 20th century.”