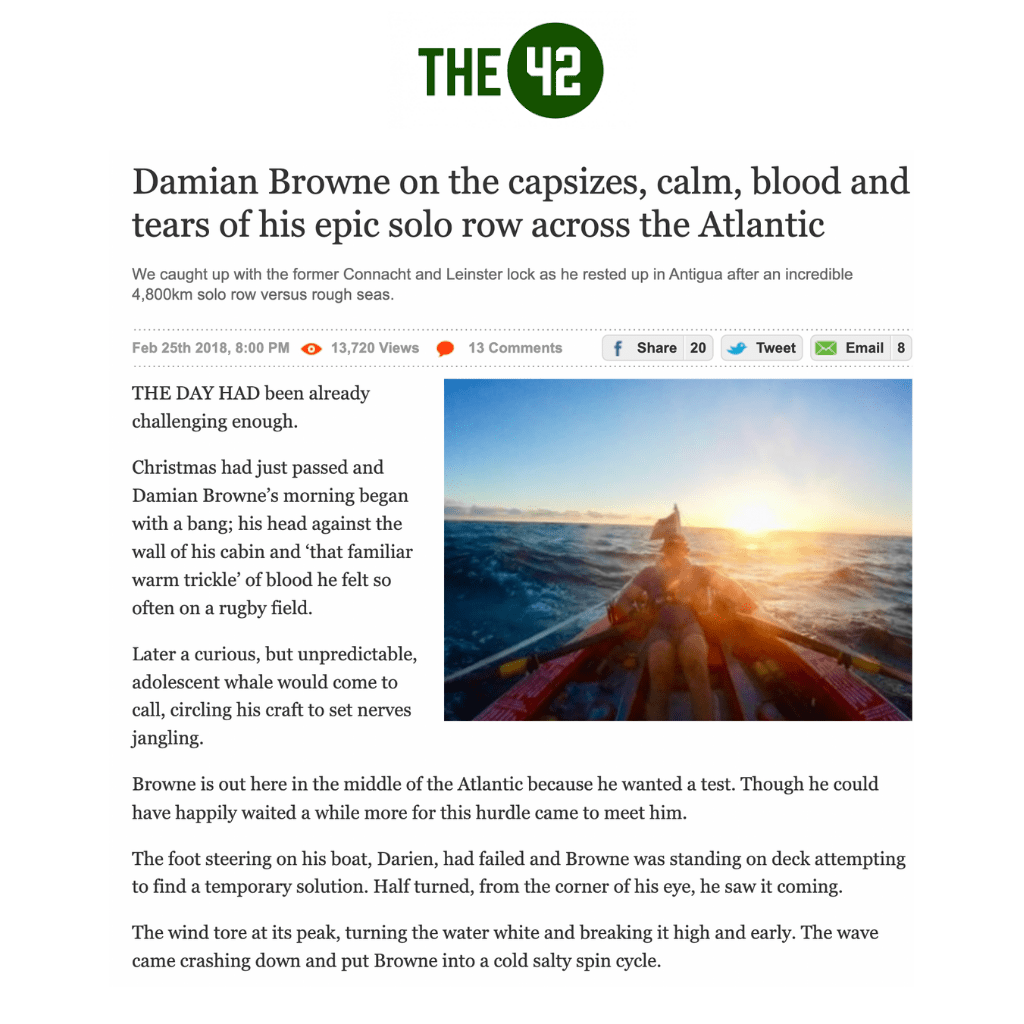 “THE DAY HAD been already challenging enough.

Christmas had just passed and Damian Browne’s morning began with a bang; his head against the wall of his cabin and ‘that familiar warm trickle’ of blood he felt so often on a rugby field.

Later a curious, but unpredictable, adolescent whale would come to call, circling his craft to set nerves jangling.

Browne is out here in the middle of the Atlantic because he wanted a test. Though he could have happily waited a while more for this hurdle came to meet him.”