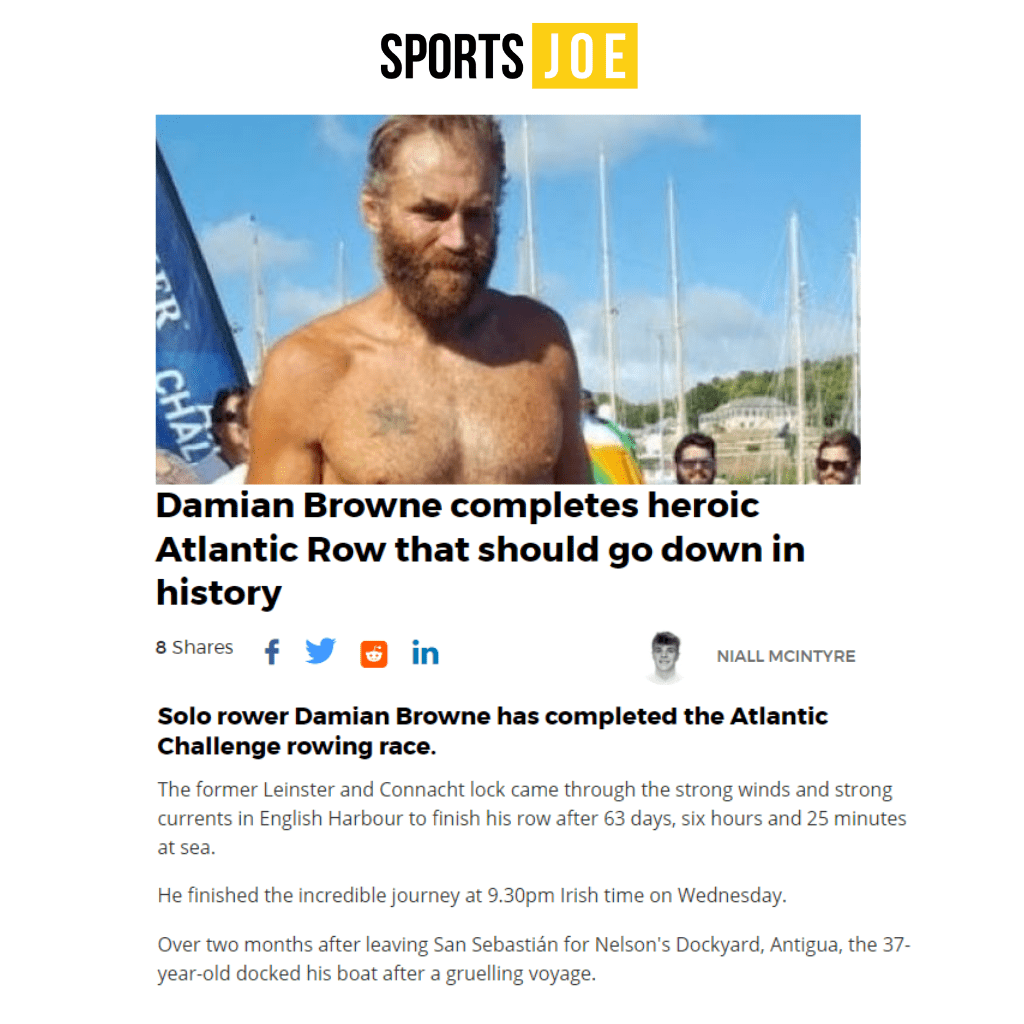 “Solo rower Damian Browne has completed the Atlantic Challenge rowing race.
The former Leinster and Connacht lock came through the strong winds and strong currents in English Harbour to finish his row after 63 days, six hours and 25 minutes at sea.

He finished the incredible journey at 9.30pm Irish time on Wednesday.

Over two months after leaving San Sebastián for Nelson’s Dockyard, Antigua, the 37-year-old docked his boat after a gruelling voyage.

Browne was rowing for the cause of his chosen charities Médecins Sans Frontieres, MADRA Dog Rescue & Adoption and the Strong Roots Foundation School Rwanda.

The Galway man came through fierce adversity at various stages during the race, suffering some serious facial injuries along the way.

But surviving is his game and it would take something serious to stop this insanely driven man from achieving his goals.”