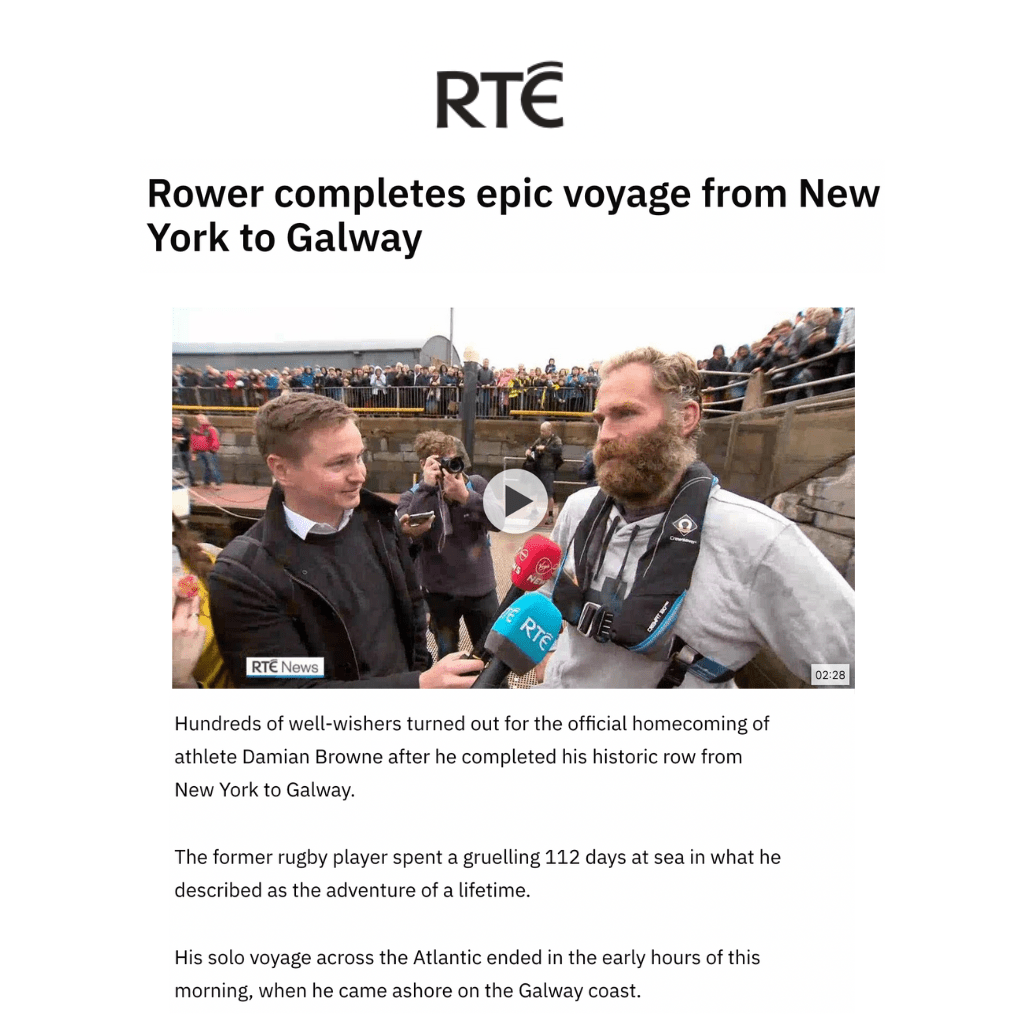 “Hundreds of well-wishers turned out for the official homecoming of athlete Damian Browne after he completed his historic row from New York to Galway.

The former rugby player spent a gruelling 112 days at sea in what he described as the adventure of a lifetime.

His solo voyage across the Atlantic ended in the early hours of this morning, when he came ashore on the Galway coast.

The rower got into difficulties as he neared Galway Port. His vessel, Cushlamachree, came ashore on rocks at Na Forbacha, shortly before 1am.

Emergency services were mobilised and gardaí from An Spidéal, Indreabhán and Carna helped bring Mr Browne to safety.

It marked the end of a 16-week journey, which began when Mr Browne and his friend Fergus Farrell embarked from New York on the voyage eastwards.”