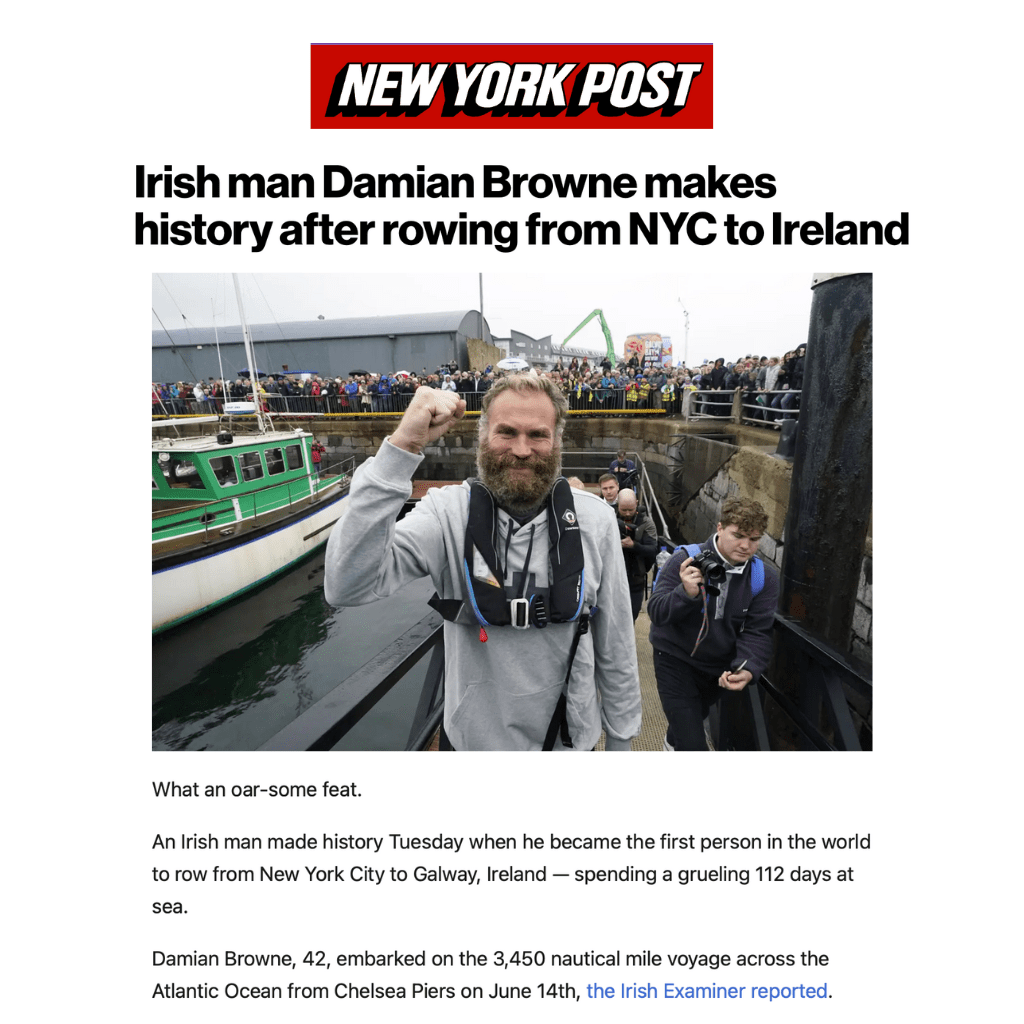 An Irish man made history Tuesday when he became the first person in the world to row from New York City to Galway, Ireland — spending a grueling 112 days at sea.

Damian Browne, 42, embarked on the 3,450 nautical mile voyage across the Atlantic Ocean from Chelsea Piers on June 14th, the Irish Examiner reported.

The former professional rugby player then rowed, rowed, rowed his 20-foot craft named Cushlamachree for a whopping 2,686 hours — “fighting mother nature every step of the way,” he said of the journey on Instagram.

Browne arrived back home to a hero’s welcome from supporters, including his family who was thrilled to have him back on terra firma after the arduous adventure, titled Project Empower.

“I can’t explain how challenging the conditions were, obviously it’s the North Atlantic and it’s very changeable and every change I seemed to get was negative,” he told the Irish Independent.”