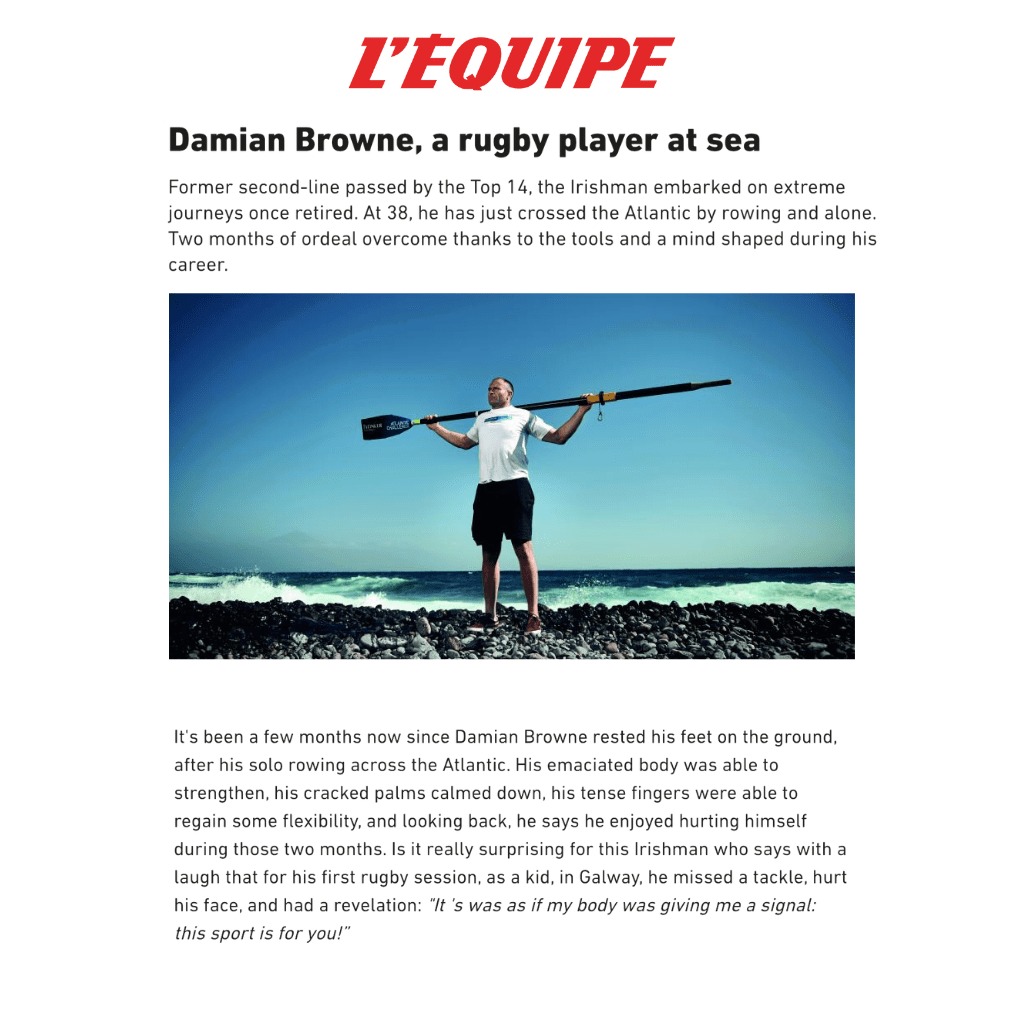 “It’s been a few months now since Damian Browne rested his feet on the ground, after his solo rowing across the Atlantic. His emaciated body was able to strengthen, his cracked palms calmed down, his tense fingers were able to regain some flexibility, and looking back, he says he enjoyed hurting himself during those two months. Is it really surprising for this Irishman who says laughingly that for his first rugby session, as a kid, in Galway, he missed a tackle, hurt his face, and had a revelation: “It ‘s was as if my body was giving me a signal: this sport is for you!”

He committed himself to it body and soul for sixteen years of professionalism, across Ireland (Connacht, Leinster), England (Northampton) and the Top 14, for five seasons in Brive (2008-2011) then Oyonnax ( 2013-2015). Arnaud Méla pushed alongside him in the Corrèze pack: “He had two personalities. On the ground, he was a strong, tough, hardworking man. He did bodybuilding by hitting the bars, he was very physical and advanced on the ground. And, on the side, he loved to read a cushy book, alone under a tree!”