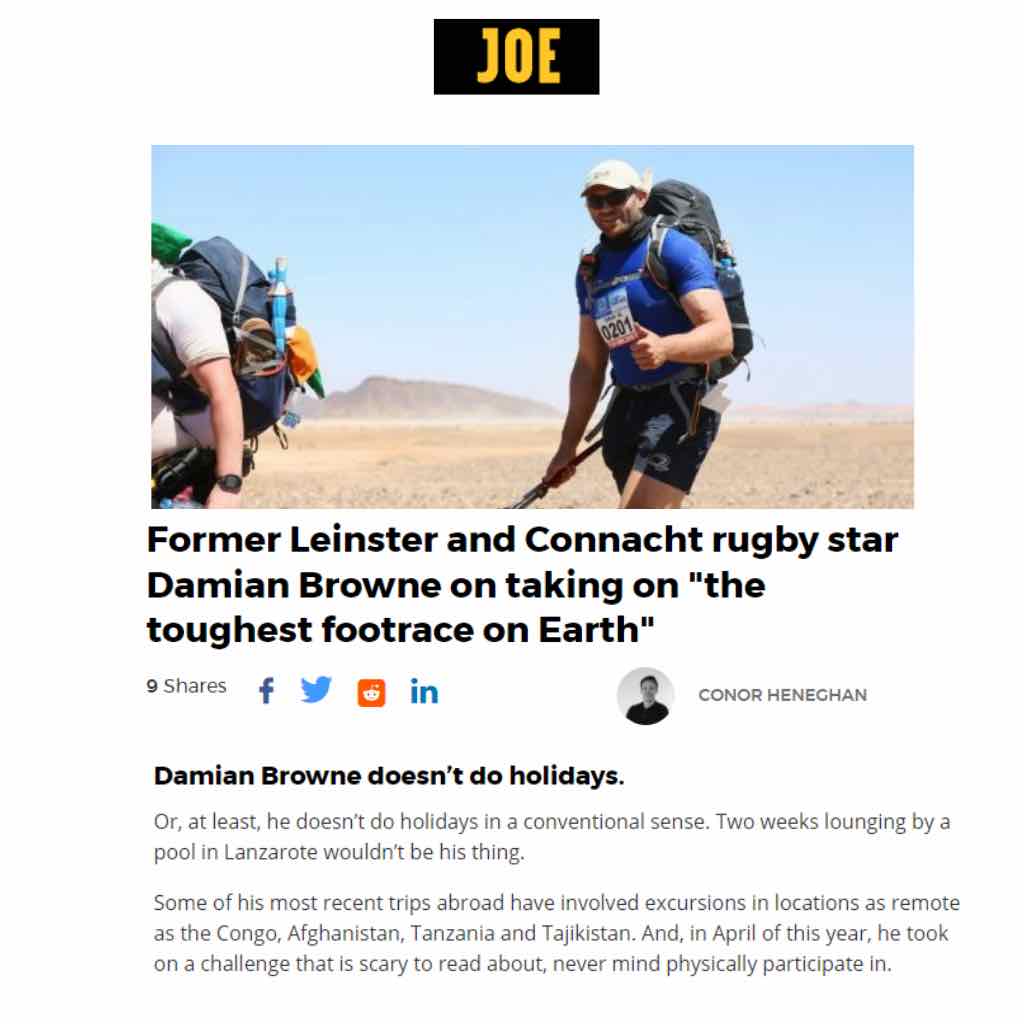 “Damian Browne doesn’t do holidays. Or, at least, he doesn’t do holidays in a conventional sense. Two weeks lounging by a pool in Lanzarote wouldn’t be his thing. Some of his most recent trips abroad have involved excursions in locations as remote as the Congo, Afghanistan, Tanzania and Tajikistan. And, in April of this year, he took on a challenge that is scary to read about, never mind physically participate in.

You’d think that after retiring from a professional rugby career that took in spells with Connacht, Leinster, Northampton, Brive and Oyannax, a man might relax and put his feet up, but Damian Browne decided to take it up a notch instead.#AD Learn moreWhen JOE caught up with Damian, he was back in Ireland having just returned from the Marathon des Sables, which doesn’t carry the tag ‘the toughest footrace on Earth’ lightly.”