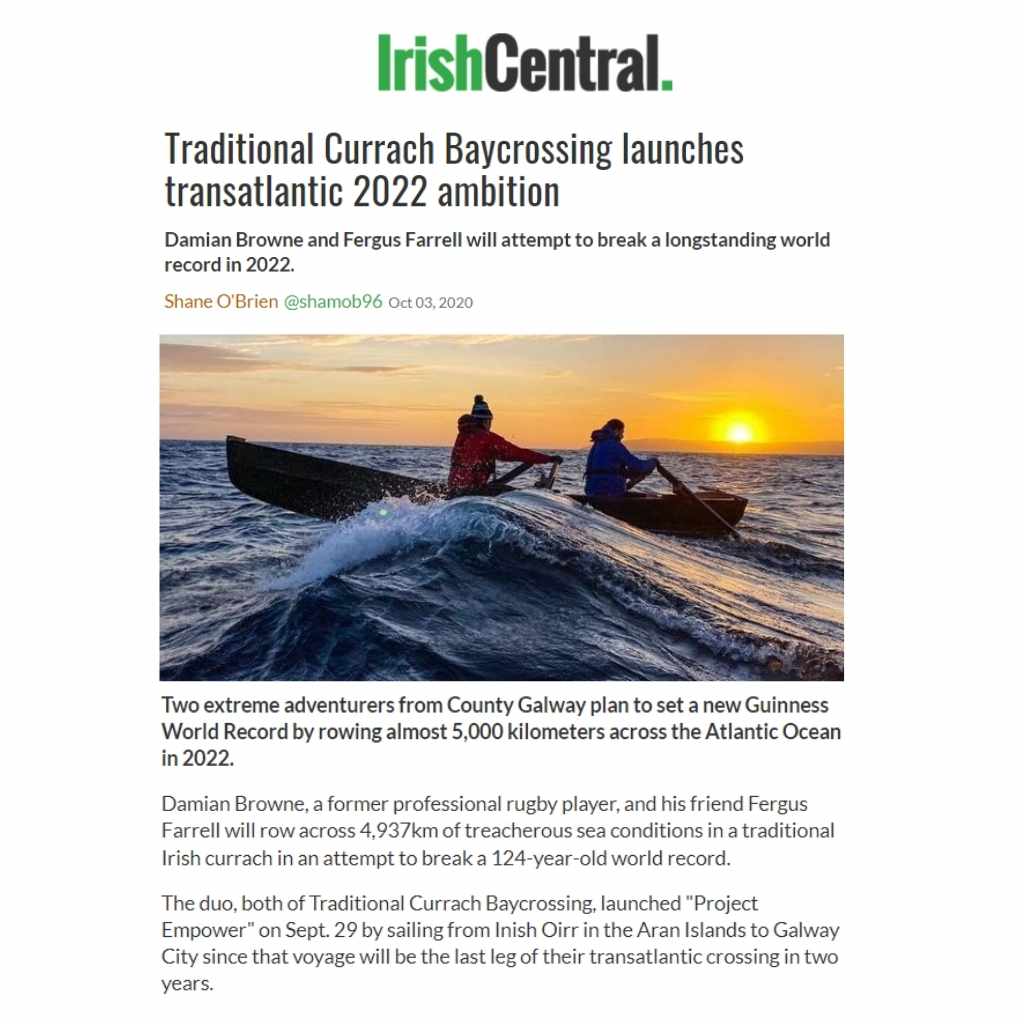 “Two extreme adventurers from County Galway plan to set a new Guinness World Record by rowing almost 5,000 kilometers across the Atlantic Ocean in 2022. Damian Browne, a former professional rugby player, and his friend Fergus Farrell will row across 4,937km of treacherous sea conditions in a traditional Irish currach in an attempt to break a 124-year-old world record.

The duo, both of Traditional Currach Baycrossing, launched “Project Empower” on Sept. 29 by sailing from Inish Oirr in the Aran Islands to Galway City since that voyage will be the last leg of their transatlantic crossing in two years.

The launch was also a nod to Ireland’s seafaring tradition as the route was often used by travelers journeying between the Aran Islands and the Irish coast. The 26-mile arduous journey took the sailers eight hours and 45 minutes to complete. “