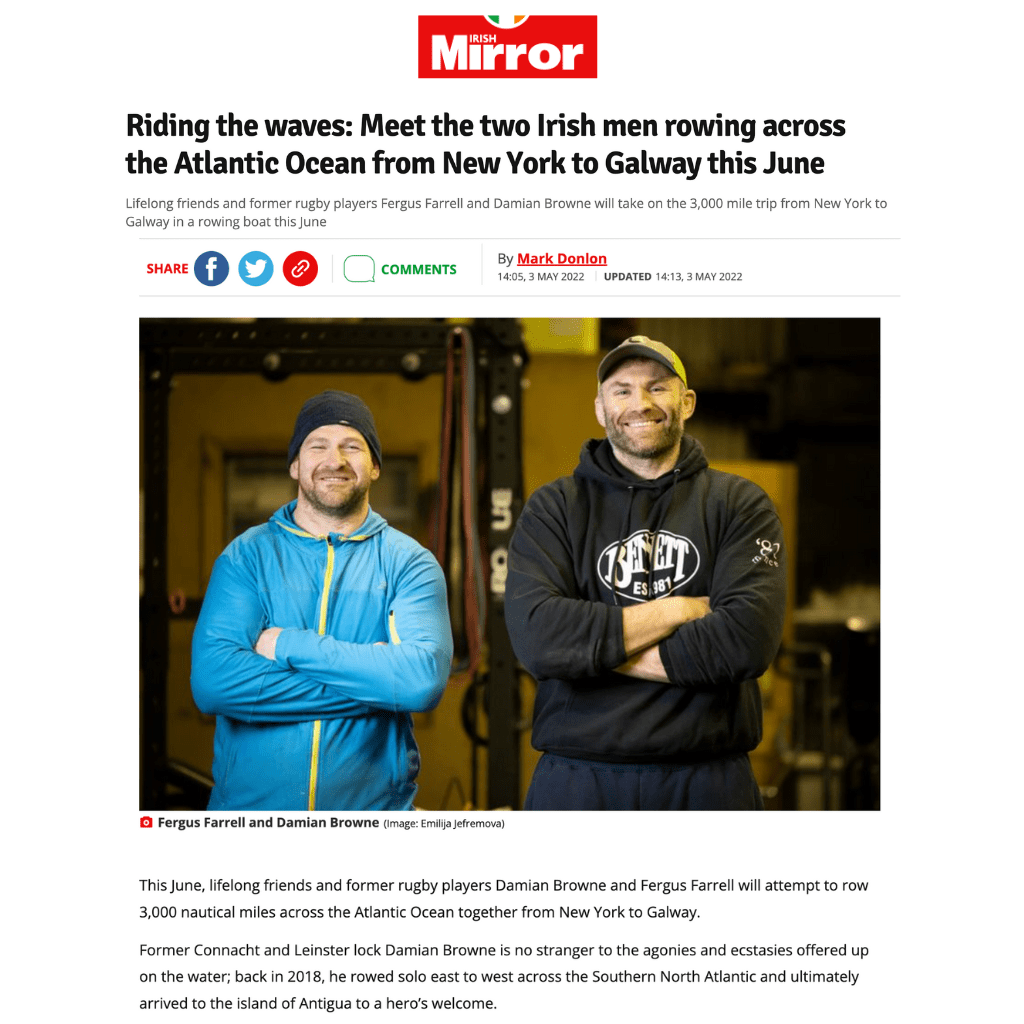 “This June, lifelong friends and former rugby players Damian Browne and Fergus Farrell will attempt to row 3,000 nautical miles across the Atlantic Ocean together from New York to Galway.

Former Connacht and Leinster lock Damian Browne is no stranger to the agonies and ecstasies offered up on the water; back in 2018, he rowed solo east to west across the Southern North Atlantic and ultimately arrived to the island of Antigua to a hero’s welcome.

He is well acquainted with physically enduring quests; the Covid-19 pandemic recently delayed his plans to conquer the highest peaks in all seven continents of the world.

He is now bidding to become one of a select few to successfully row across the Atlantic Ocean in both directions, however he will not be alone as he sets out on this expedition.

“Fergus Farrell represented Connacht at U18, U19 and U20 level while he was also capped for the Irish Youths at U18 level.

It was subsequent to his playing days that Fergus faced his biggest test, however. In 2018, an accident in his back garden resulted in him rupturing three spinal discs, one of which leaked onto his spinal cord and almost shredded it entirely.”