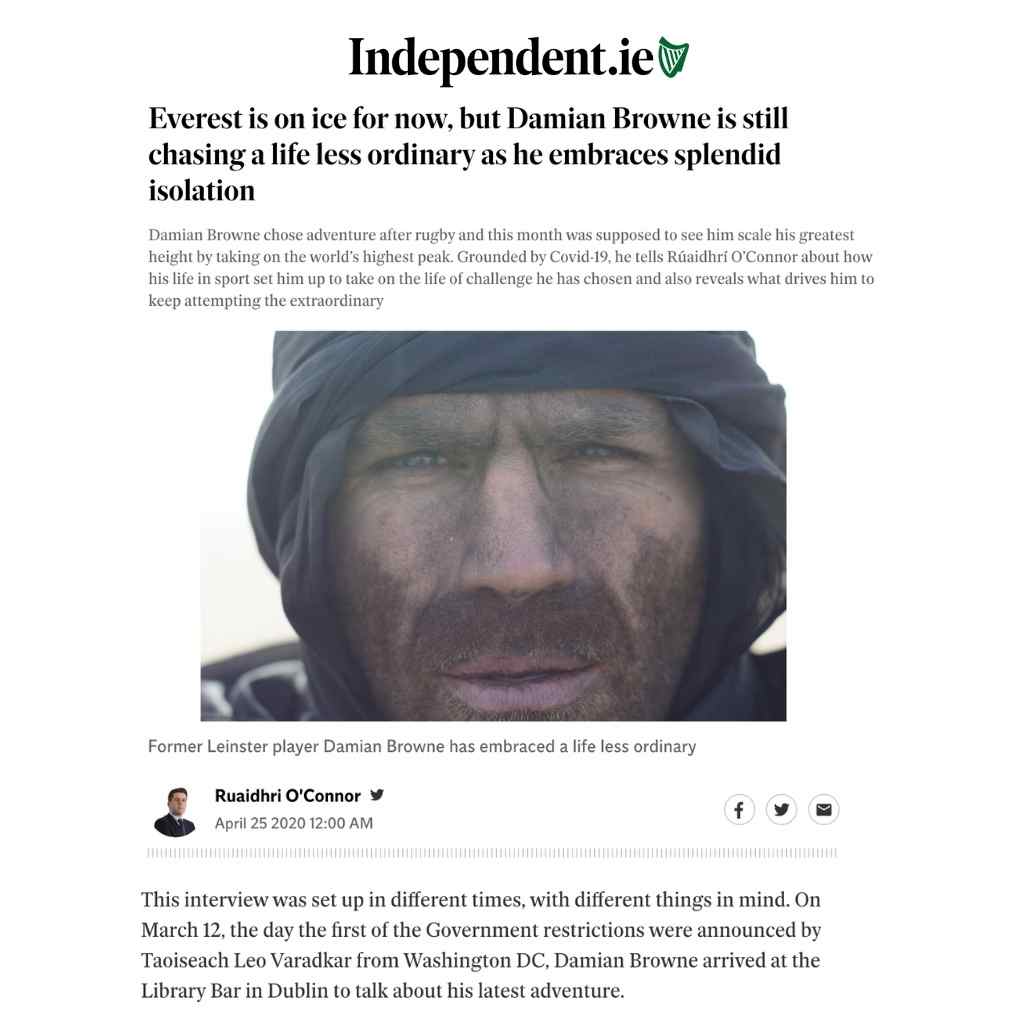 “Damian Browne chose adventure after rugby and this month was supposed to see him scale his greatest height by taking on the world’s highest peak. Grounded by Covid-19, he tells Rúaidhrí O’Connor about how his life in sport set him up to take on the life of challenge he has chosen and also reveals what drives him to keep attempting the extraordinary.

This interview was set up in different times, with different things in mind. On March 12, the day the first of the Government restrictions were announced by Taoiseach Leo Varadkar from Washington DC, Damian Browne arrived at the Library Bar in Dublin to talk about his latest adventure.

Over an espresso, the former Connacht, Leinster and Ireland U-21 lock talked about the life-and-death decisions he would be forced to make when he was attempting to summit Mount Everest, the mountain that has dominated his thoughts for months.”