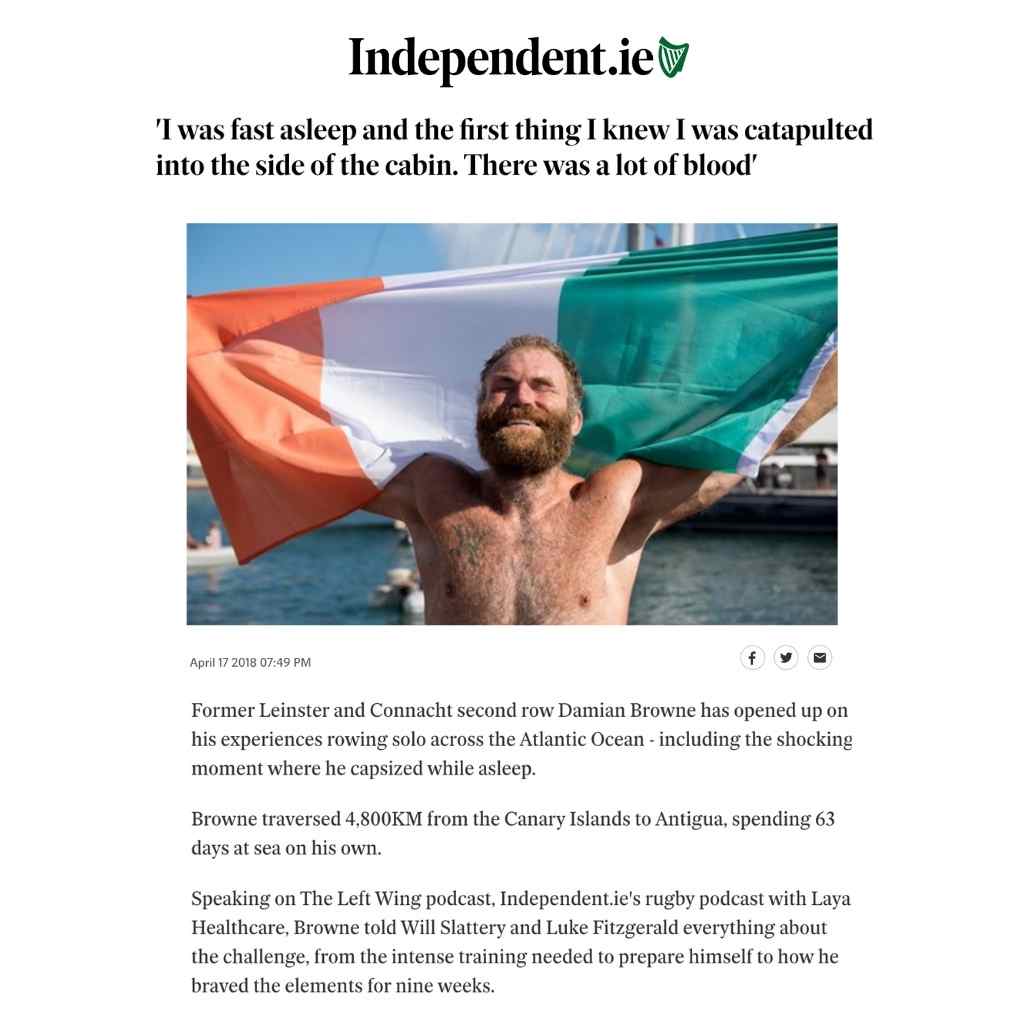 “Former Leinster and Connacht second row Damian Browne has opened up on his experiences rowing solo across the Atlantic Ocean – including the shocking moment where he capsized while asleep.

Browne traversed 4,800KM from the Canary Islands to Antigua, spending 63 days at sea on his own.

Speaking on The Left Wing podcast, Independent.ie’s rugby podcast with Laya Healthcare, Browne told Will Slattery and Luke Fitzgerald everything about the challenge, from the intense training needed to prepare himself to how he braved the elements for nine weeks.

It was ultimately an extremely rewarding experience for Browne, but it wasn’t without its obstacles. Two weeks into the row, Browne was given the mother and father of all wake up calls after smashing his face against the side of the boat after it capsized.”