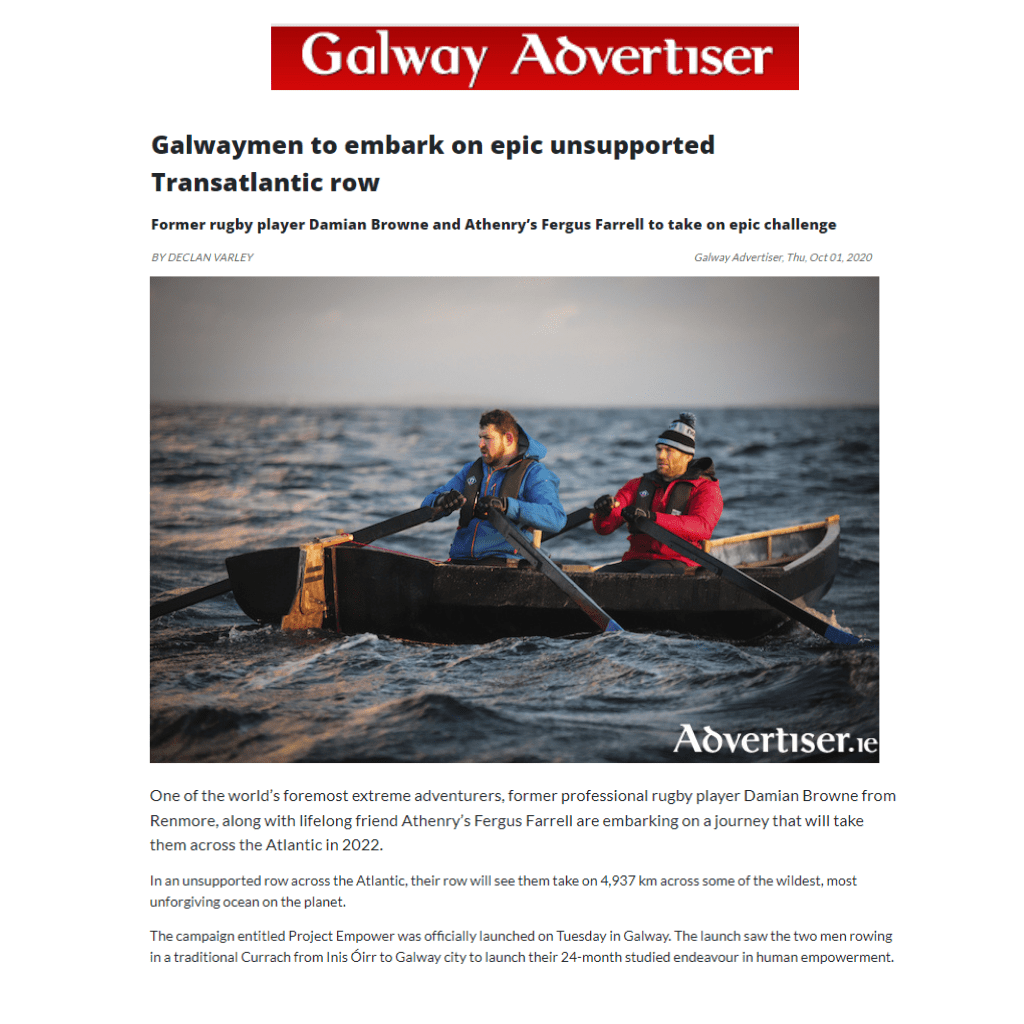 “One of the world’s foremost extreme adventurers, former professional rugby player Damian Browne from Renmore, along with lifelong friend Athenry’s Fergus Farrell are embarking on a journey that will take them across the Atlantic in 2022.

In an unsupported row across the Atlantic, their row will see them take on 4,937 km across some of the wildest, most unforgiving ocean on the planet

The campaign entitled Project Empower was officially launched on Tuesday in Galway. The launch saw the two men rowing in a traditional Currach from Inis Óirr to Galway city to launch their 24-month studied endeavour in human empowerment.

Project Empower is Learning Through Doing, Doing Through Living and Living Through Sharing. On Tuesday morning the 29th of September 29 we set off to row a traditional currach from the smallest Aran Island, Inish Oirr, 25 miles to Galway city to launch Project EMPOWER’s crowdfunding campaign.

This traditional voyage symbolises what will be the last, triumphant leg of their Atlantic crossing in 2022, while promoting and respecting the seafaring heritage of Irish coastal communities.”