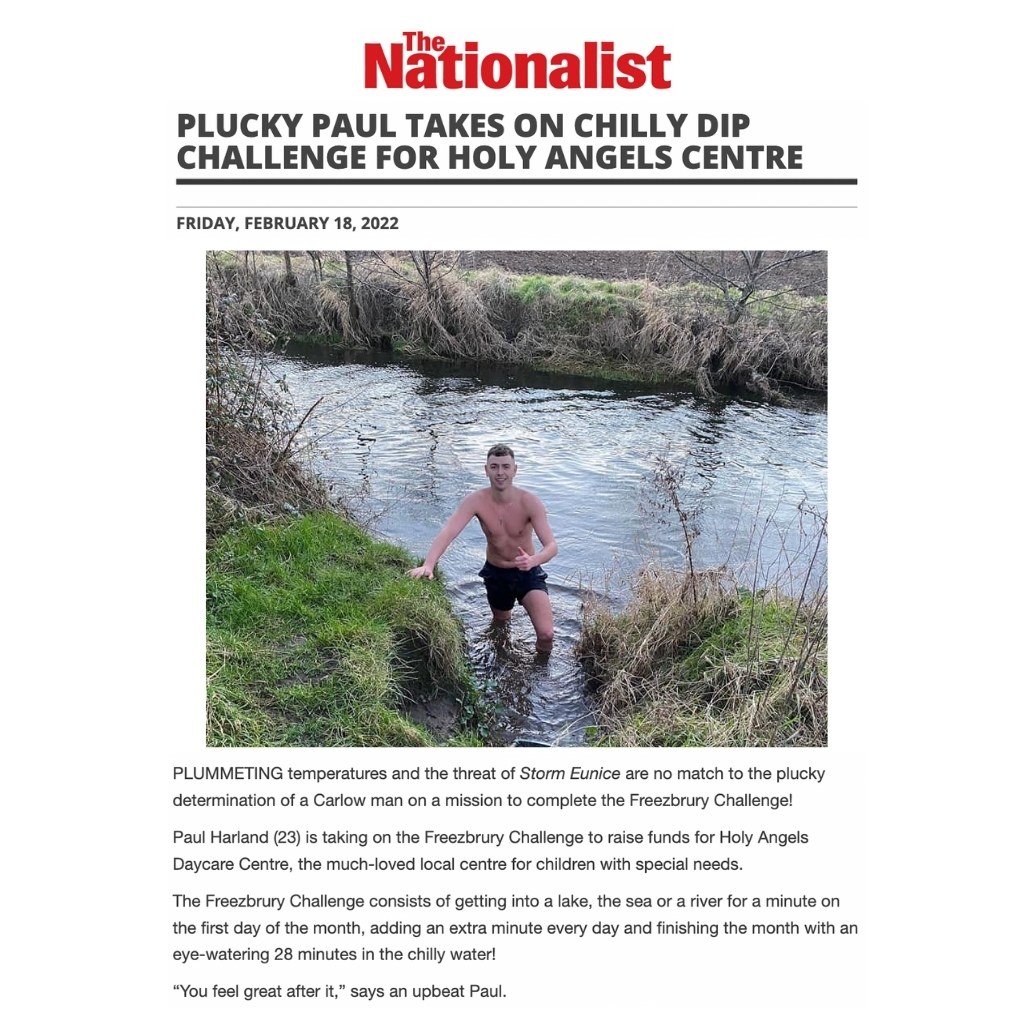 “Freezbrury, an organization which encourages people to jump into cold sea water every day for the month of February has raised almost 5,000 euro for Pieta House and is on target to raise at least 10,000 by the end of the month.

The idea began with Damien Browne, however the link with Pieta House came later. Last year roughly 40 people took part in the endurance test. However, only about 15 of those completed the challenge daily. This year, the event has almost 400 people signed up across Ireland and is set to raise 10,00 for the charity.” 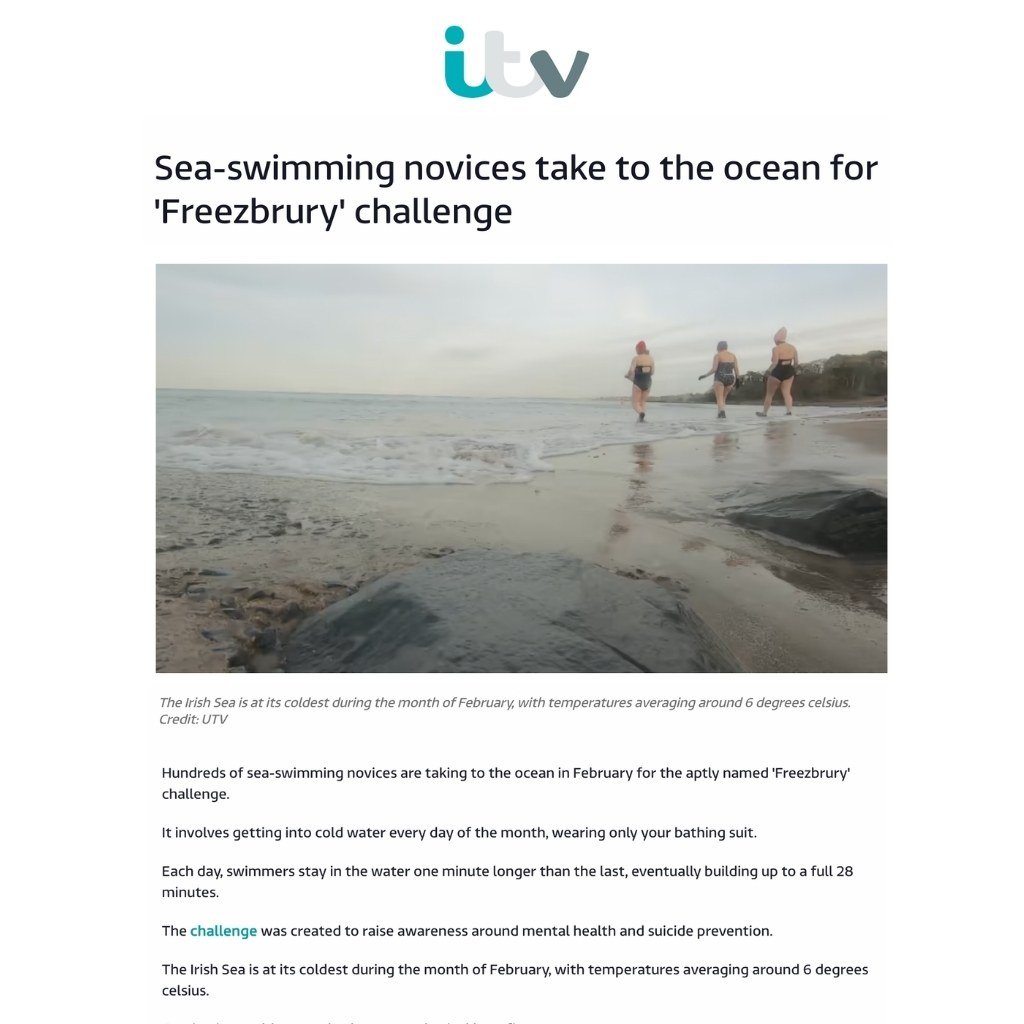