The main purpose of the challenge was to raise awareness and money for Pieta House. The second purpose of the challenge for the participants was that they pushed themselves mentally and physically everyday by getting into cold water during the coldest month of the year. The participants became known as ‘Freezberries’ as the challenge went on and resulted in strangers coming together to swim in lakes, rivers and the sea together. Open water swimming communities all around Ireland emerged and were all coming together supporting each other everyday online and in person. This was the true magic of the challenge as we met a lot of really cool and interesting people throughout the month.

In terms of the challenge itself it was extremely difficult especially considering we had at least 4 storms during the month. As the time in the water began to increase it became very time consuming and required a lot of planning to fit it into our day. Another challenge was the amount of washing we had to do! 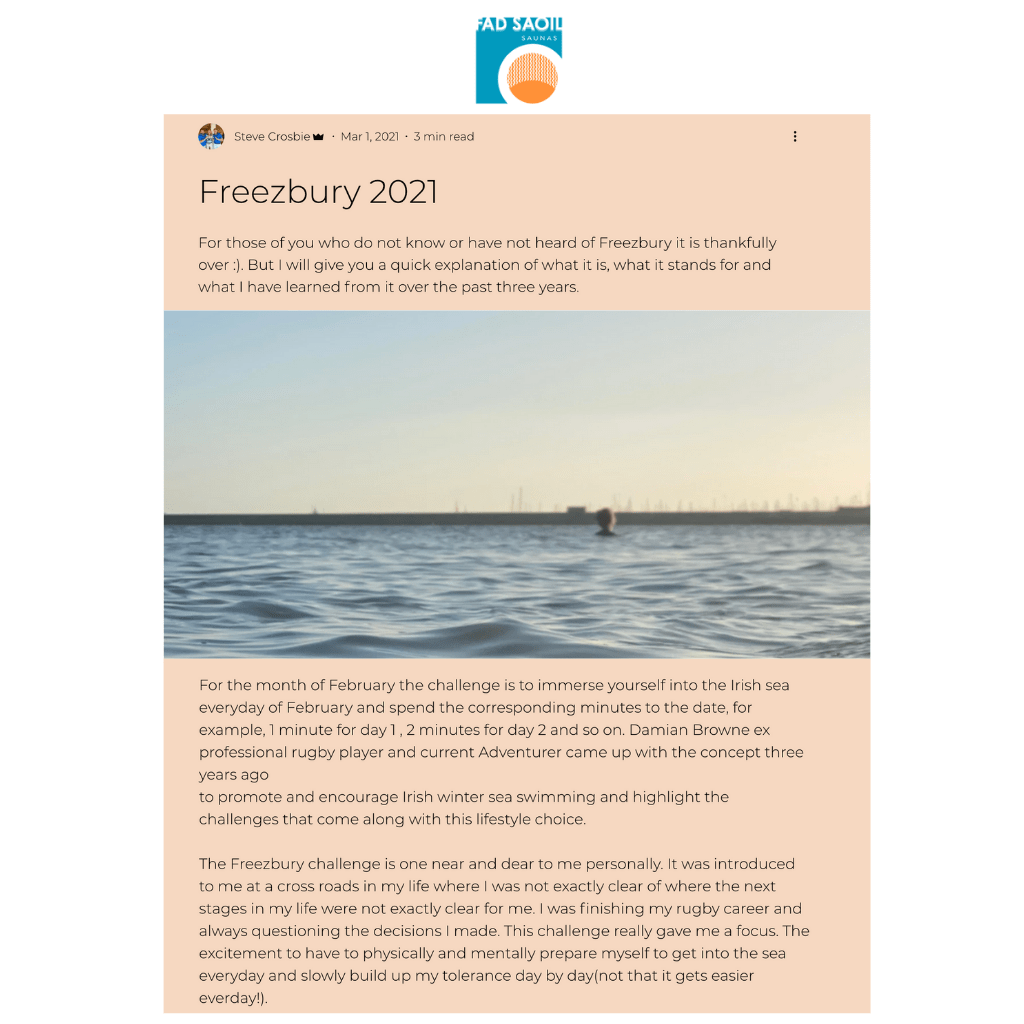 For the month of February the challenge is to immerse yourself into the Irish sea everyday of February and spend the corresponding minutes to the date, for example, 1 minute for day 1 , 2 minutes for day 2 and so on. Damian Browne ex professional rugby player and current Adventurer came up with the concept three years ago

to promote and encourage Irish winter sea swimming and highlight the challenges that come along with this lifestyle choice.